skip to main | skip to sidebar
"You know what? The bastard blows me out of the water. This guy writes Maine like Ardai writes New York. If you're not reading him, you don't know what you're missing." --Chris F. Holm, author of "The Collector" series, The Killing Kind, and Red Right Hand.
"A refreshingly new voice in noir." --Ed Kurtz, author of Nothing You Can Do and The Rib From Which I Remake the World.
"A glorious boilermaker of noir and East Coast gothic. The action is taut as a sprung snare and Bagley tightens the screws with every page." -- Laird Barron, author of Swift to Chase and Blood Standard.

Once You’ve Had Black…

Gus Dury used to be a hotshot investigative reporter. Now he’s a soon-to-be-divorced, unemployed drunk living in a cheap flat above an Edinburgh pub. Col, the owner of the pub, asks Gus for a favor. Col’s son Billy has been tortured and murdered in what the cops dismissed as a gang killing. Gus is reluctant, but he owes Col a favor. Before long, Gus is in deep shit, crossing paths with bent cops, human traffickers, a woman trying to work every angle and the sleazy politician who cost him his job and—as a result—his marriage. If he’s careful, Gus might just have a chance to regain a semblance of his old life. Then again, he might end up like Billy.

If you’ve read Tony Black’s short stories for e-zines like Spinetingler or Plots with Guns, you know his writing hits like a sharp jab to the gut. His Edinburgh is a darker place than Ian Rankin’s, and that’s saying something. In Black’s hands, the city is more like Ken Bruen’s Galway.

Nor is that the only similarity between Black and Bruen. Inevitably, readers will compare Gus Dury with Jack Taylor. Both men lost their job after decking a government official. Both take shelter in booze or drugs. Like Taylor, Dury is quick to use his fists and is just as likely to end up in the emergency room as a result. Both know the law has little to do with justice.

But Dury is no Jack Taylor clone, and Tony Black, though clearly influenced by Bruen, writes with his own strong voice. While Taylor’s life tends to spiral further downward with each novel, Dury might be able to pull himself up out of the tidal wave of misery. Or maybe not, since the title of the next book in this series is Gutted. Does that refer to a killer who disembowels his victims or is does it reflect the way Dury will feel by the end of the case? I like to see writers run their characters through the meat grinder, so I’m good either way. It's the whole that-which-does-not-kill-us-makes-for-damn-fine-entertainment thing.

Tony Black is the real noir deal and Paying for It is one hell of a debut.
Posted by Patrick Shawn Bagley at 7:53 AM

You just got a plug on Strange Maine. http://strangemaine.blogspot.com/ Look for increased traffic!

Cool. Thanks for the heads-up. 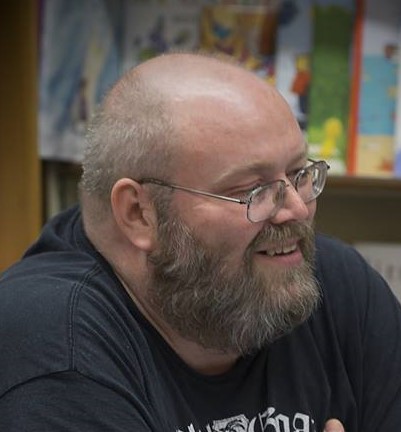 Patrick Shawn Bagley's stories of rural mayhem have appeared in Crimespree, Spinetingler, Thrilling Detective, The Iconoclast and the Bleak House Books anthology Uncage Me (edited by Jen Jordan). He was a founding editor of The Lineup: Poems on Crime, and has an MFA from the University of Southern Maine/Stonecoast. Bagley lives and writes on a dead-end dirt road in a one-stoplight town.
Down and Out Books will reissue Bagley's crime novel, Bitter Water Blues, in paperback and e-book on March 19, 2018.

Bagley works at a community supports program for adults with cognitive disabilities. He is currently working on a horror novel and a new crime novel.

Hey, I've Got Followers (but not in the creepy Oprah/Jim Jones sense):

Search for Crap I Wrote on This Blog